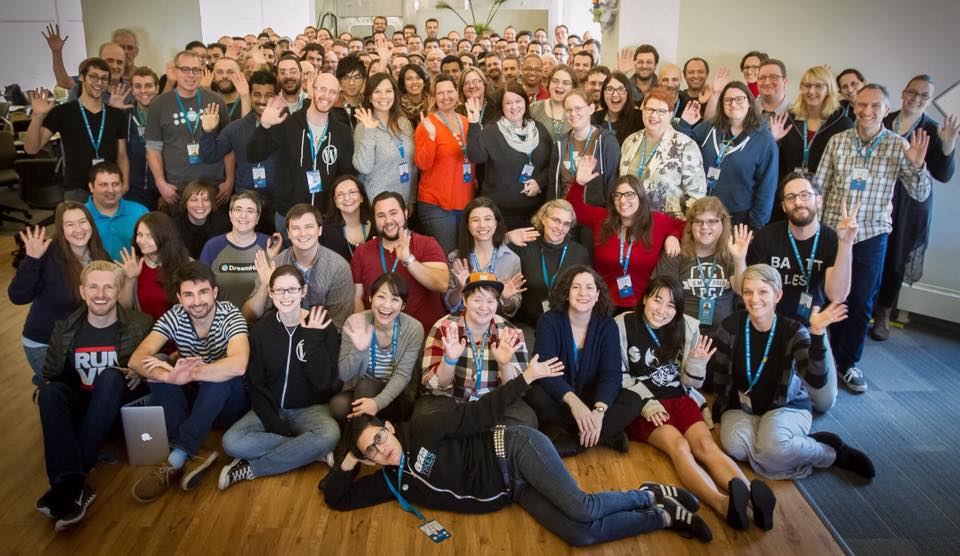 Wordcamp US has come to an end, and I must say it was the highlight of my time in the WordPress community. WordCamp is an event focused around WordPress makers and users.  I have attended WordCamps since WordCamp Mid-Atlantic in May 2009.  Most years, I make it to 3 or 4 WordCamps between Maryland, Pennsylvania, and New York.

This year, I had the opportunity to take part in all 5 days of the inaugural WordCamp US.

The goal of this day was to foster discussion on topics that anyone attending could propose and vote upon.  It worked much like a Barcamp, which I’ve attended 3.

I came into this day slightly frazzled at finding parking, but overall excited to see some friends that I’ve only met online and some facetime with those that I have met at other WordCamps.

The space where we met was ideal for many spots to have agreed upon open discussion in a safe space.  I was highly impressed that despite nearly polar opposite opinions on some topics, beyond that everyone had a civil dialogue.  Each person had an opportunity to participate in the conversation.  Each person that spoke up was heard.  People valued each other, despite the differing perspectives. At no time did it seem like #WPDRAMA or being emotionally led.  Humans valued each other as humans; sadly this is often lacking in today’s society.

WordPress now powers 25% of all websites online today, and does not cost anything itself.  To make that possible, a large team of volunteers contribute as well as individuals that earn an income with their employer but are donating their working hours to the WordPress community.  In 2014 at the contributor day in NYC, I learned about the training team and got involved.  You can learn about other teams making this possible as well at Get Involved.

Gathering the training team together that day resulted in a lot of great discussion.  Rather than an hour long chat dialogue, many conversations transpired rather quickly in-person.  It was great to witness each other pulling together for the same desired outcome.  At any point, someone would be facilitating electronically for what was said verbally.  That may not seem like a big deal, but with nearly a dozen people around a table, it very much felt like we were moving at warp-speed.

Actual sessions were scheduled for both of the publicly open and livestreamed days.  Often at WordCamps, I speak or volunteer in some other capacity.  This time, I had a very different approach.  I chose to focus more of my time on the hallway talks.  These are the informal conversations that happen when bumping into people outside of sessions while walking through the halls.  It really was great to connect further with people. 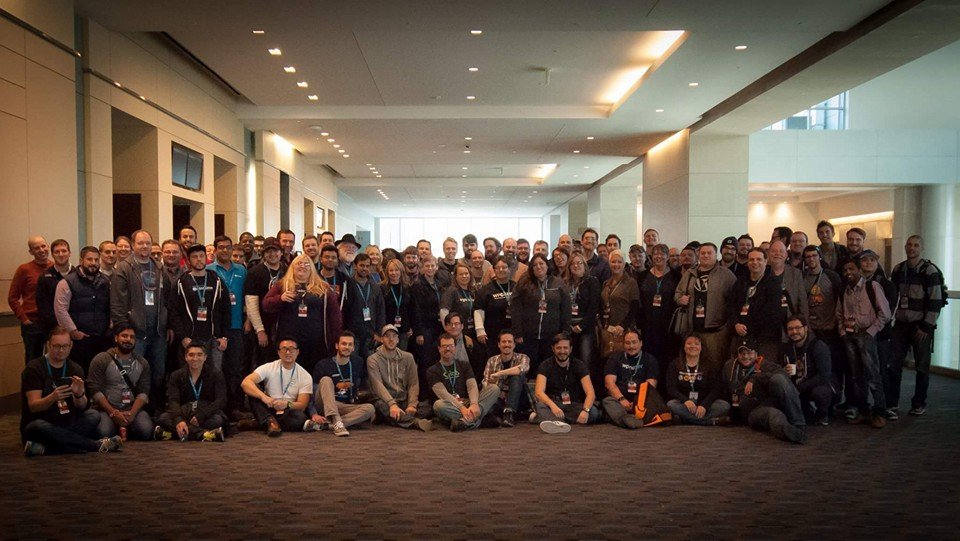 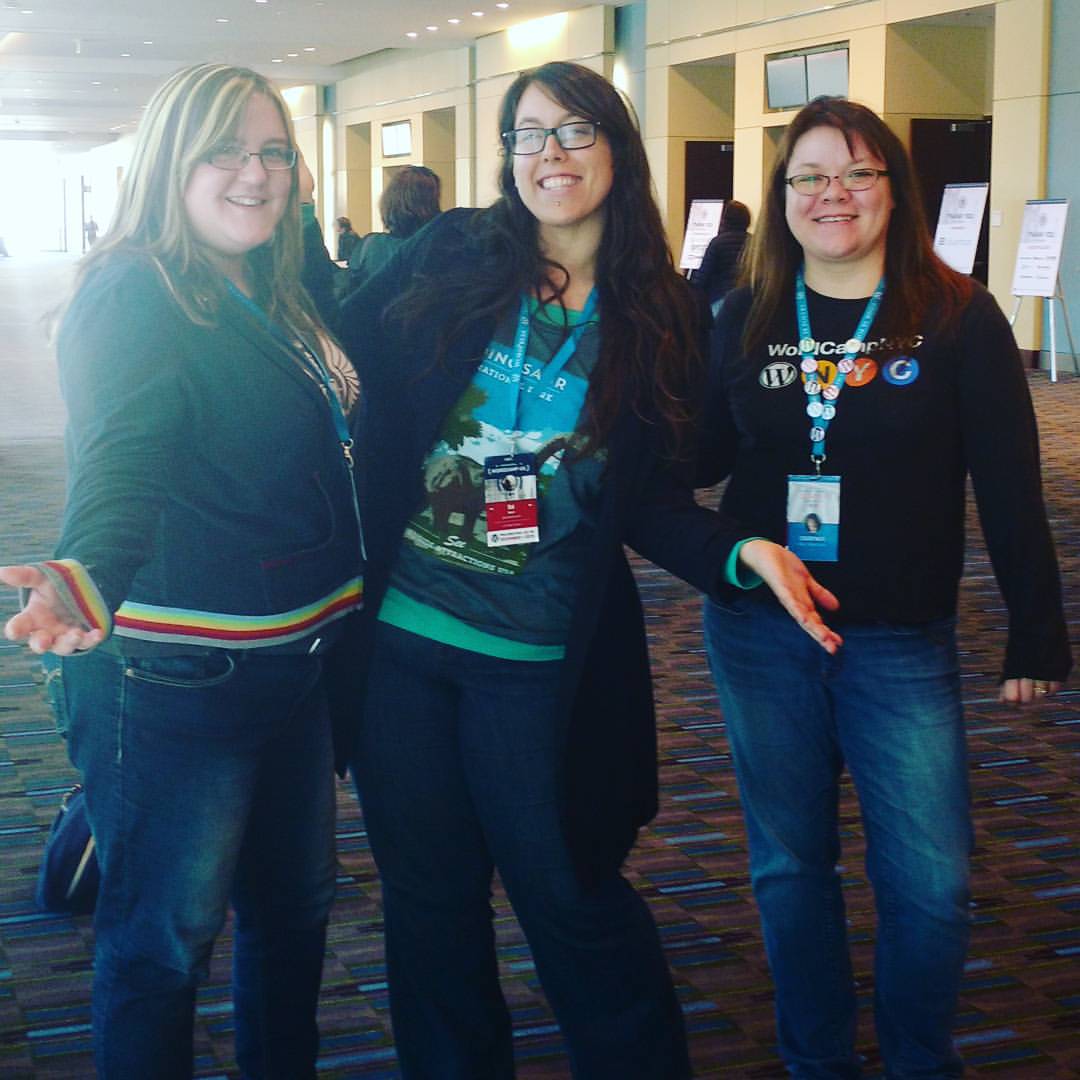 The two sessions that were my own highlights were Andrew Nacin‘s talk on Advanced Topics in WordPress, as well as Matt Mullenweg’s State of the Word (see his post to watch the video).  Both of these speakers are vital within the community.  Andrew shared about the commitment to backwards compatibility and how this impacts websites that have not stayed current with WordPress updates.  Matt shared a forward-thinking need for developers to learn new programming languages, recapped what has transpired in the past year, and conducted a town-hall Q&A session.

Friday night after sessions concluded, many afterparties were held.  A friend that was attending the event shared that she was unable to attend any of these gatherings due to her government job having rules about accepting gifts on business trips.  This struck me as a bit harsh but understandable in other situations.

Then another person shared that he had concerns about the afterparties and culture around WCUS becoming like all that isn’t good about SxSW.  In essence, are we going to loose what makes WordCamp US special and good with too much sponsorship and afterparties that are too loud or too off-topic?

Personally, I opted to attend 2 different gatherings on Friday evening.  Both were really beneficial and entirely how I prefer to unwind with friends.  I heard tales the next day about how loud and rowdy a few other gatherings seemed to go.  At the locations where I went, the hosts provided or covered the tab for food, drinks, etc.  But the intent of each of these was very much to foster conversations.  Neither were overtly promoting their wares.  I thoroughly enjoyed both gatherings, as well as friends that helped this rural driver feel safe and get from one place to another.

Saturday’s afterparty was held by WCUS itself, and rented out an entire building. Food, drinks, bowling, billiards, Rock Band, photo booths, and more were held.  The only thing that would have made it better is if there was a way to fit a potential 1801 invitees into a confined space with less volume.  Really, I had a fantastic conversation with several attendees from Japan about how the WordPress community is doing there.  I spent time with several people that I hadn’t met in person.  Overall, it was a wonderful evening.

I am still thinking on the value of other sponsors with afterparties.

Going in to Contributor Day, I was exhausted. However, I was also super excited to help onboard a bunch of new training team members.   Our team has a clearly defined outcome of our work, with a deadline.  Now, we also have a new influx of help to meet the deadline.  It was really a great day, though I need to finish my own lesson plan still. 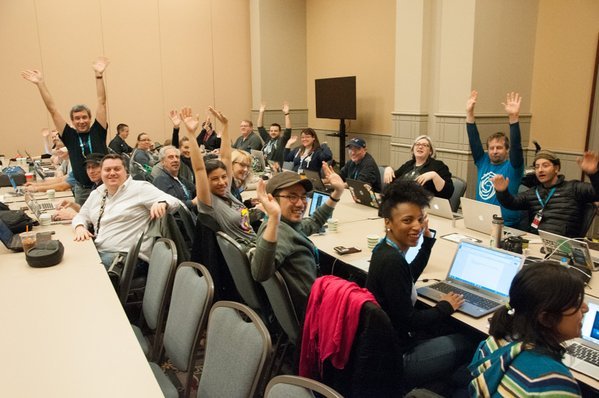 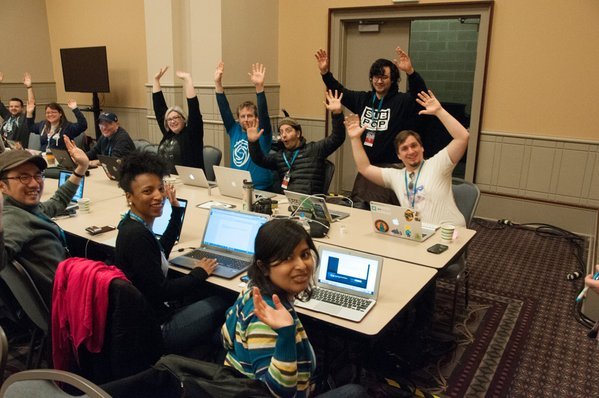 From high school business education to the WordPress Training team, Courtney helps people of all skill levels get their message out. She lives in south-central Pennsylvania, loves coffee, plays the mandolin, and has a very large vegetable garden.

This site uses Akismet to reduce spam. Learn how your comment data is processed.